If you live in Zug, you have normally received a good amount of flyers in your mailbox regarding the coming elections. If you wandered around the city, especially during the past weekends, you might have been stopped by militants sharing with you the same flyers and trying to engage in why you should vote yes or no.

So what is actually going on?

On Sunday, November 26th, local Swiss citizens will be invited to vote in favour or against the so-called Hochhausreglement, i.e. the coming text regulating the development of skyscrapers (or at least high-rise buildings) in the city.

As per the proposed text, this development involves:

- the regulatory permission (or limitation, whether your glass is half-empty) to construct up to 80 meters high on this zone.

As I passed by the Neustadt passage last week with my son, fully aware that I would be targetted to start a discussion, I apologetically declined the flyer while avoiding the lecturing look of my potential interlocutor. But as much as I appreciate and support the Swiss voting system in favour of governance and citizens' empowerement, I didn't want to waste someone else's time as I am not allowed to vote and just because I am interested in the topic. So instead I gathered articles and flyers and looked at the various websites. 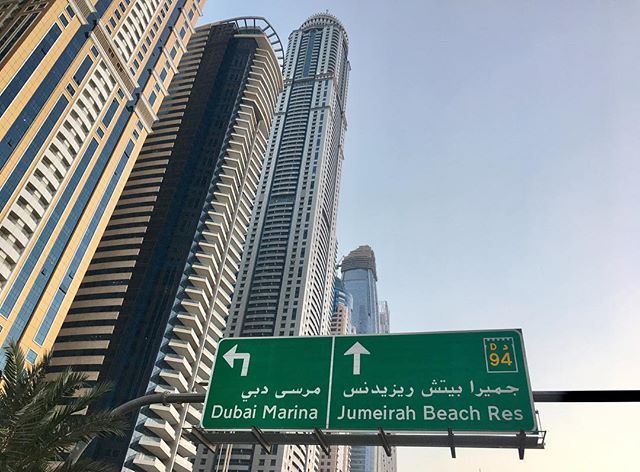 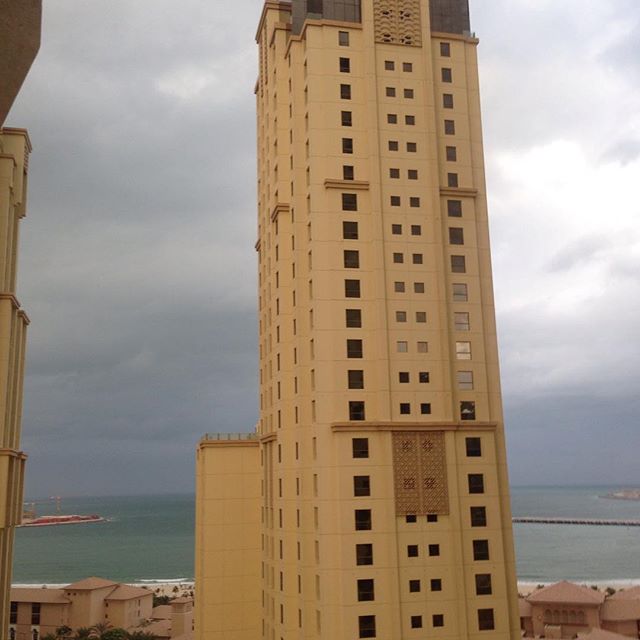 Naturally, the discussions make me somehow smile: after spending a few years in Dubai, the concept of high-rise buildings is to be put in proper perspective. For instance, the picture on the left is the typical type of towers you'd be able to find around, while the pic on the right is the same as the one we lived in (and you'd have 7 of these towers x 5 clusters on the waterfront). Count a good 40-minimum floors and underground parkings, enough to make you little dizzy if you look upward for too long.

80 meters high would make it around 25 floors. But of course, in a town where buildings are generally not higher than 5-6 floors, the visual shock could be violent.

What is the current situation?

So far, Zug counts 2 towers that are clearly hurting the sight in case you are in love with the architectural style from Zug Altstadt (the city's middle-age centre): UPTOWN tower, located next to the Bossard Arena (63m) and the Park-Tower on the Baarerstrasse (proud of its 81m). A few other towers are visible here and there but reaching 40ish meters maximum.

The 2 pics on the left can give an idea of how "disturbing" these buildings can be for the eyes, breaking the harmony of the quiet little city that Zug is. As a surprising test, you can also "Google image" Zug and you'll only find pics of the old town with only a few available of the towers.

The ongoing discussions refer to the zoning of the city and the areas in which high-rise buildings will be allowed to pop - see right picture for an idea of these zones, map taken from the Burgerliches Komittee "Zug bleibt Zug!"(pushing for NO vote). It follows a decision from a Swiss popular initiative in 2013, aiming at controlling, and possibly limiting urban sprawl to reinforce the attractivity of urban centres. The zone mainly covers the Baarerstrasse, V-Zug and Landis+Gyr areas.

At the moment, there would be no restriction with regard to where projects could be developed. According to the Zuger Presse of November 8th (Nr. 42) 50 high-rise projects are now in the pipeline in Zug, including some that will be jeopardized in case the Reglement is voted against.

What does the JA support?

I struggled to find content in favour of the yes, to finally find a short statement of the Grunliberale Zug party (in German). The argument is simple: urban sprawl in the shape of high-rise buildings is not good and the Reglement will prevent an uncontrolled development of unwelcome towers by setting geographical limits (which do not exist yet). The Reglement sets clear areas that will not affect the lake or montain sights or green areas.

What does the NEIN fight for?

The encounters with Nein-related argumentation has been the strongest on my side. I have received at least three flyers originated from different parties or organizations (SP, Burgerliches Komittee "Zug bleibt Zug!" ), and the articles I could find on the local free press were going their way.

The arguments are numerous:

- The existing towers are "monstruous" and the city does not need any more of them (= aesthetics);

- By confirming existing zones for development the Reglement will trigger the multiplication of projects for which districts and infrastructures are not ready (= incentive to developers to go ahead with their plans);

- The financial impact of an increased number of high-rise buildings on local infrastructure (e.g. mobility, social services, parkings, water and energy etc...) hasn't been studied, and Zug citizens will pay the price for it (= finances)

- Local demographic development does not justify an increase in construction; urban growth in Zug is pretty much caused by, and benefits foreign immigration only (= demographics, immigration).

- Quality of life will be negatively impacted for the inhabitants of Zug (i.e. the Swiss ones) in terms of security, access to infrastructures and public services, noise, decrease in property value,...that cannot be compensated by the number of "expats" that would move in (not sure how to qualify this one....)

To be honest I am a pinch confused and I had to confirm with a German-speaker if I really understood the main underlying fact: both JA and NEIN supporters, after all, are against urban sprawl in the shape of high-rise buildings. It all goes back then to the way you look at the glass, whether half-full (at least, the Reglement provides strict rules) or half-empty (The Reglement will trigger more projects rather than reduce them).

I was also surprised and somehow saddened by the arguments pointing fingers at the expats as a) the reason why negative urban spawl goes on, and b) a source of trouble in many forms. In many other places in the world, building upward is a positive way to reduce the urban ecological footprint or to re-dynamize districts. I guess also, before questionning the negative impacts of expats on the local environment, one should first have a look at why it is so attractive for these expats to come to Zug...

I cannot wait to see the results of the elections and effects on local urban planning. Please, share your comments and views on the Reglement!